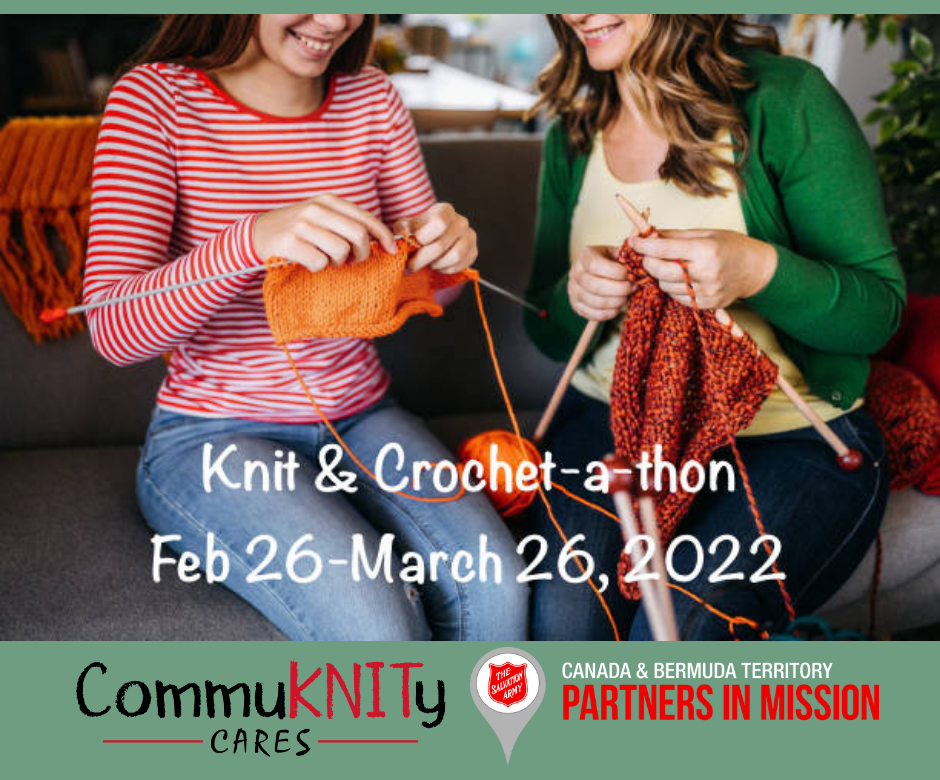 Join CommuKNITy Cares in our latest outreach project! We are putting our creative skills to work again as we embark on our first project supporting international missions. CommuKNITy Cares and the Salvation Army New Hope Community Church are hosting a knit & crochet-a-thon from February 26 – March 26, 2022 to help raise funds for the Salvation Army’s Partners in Mission campaign.

Most of you know that the Salvation Army is the church where Rick and I attend, both here in Salmon Arm and previously in other corps where we have lived in the past.  Rick’s parents were Officers (pastors) in the Army and ministered throughout Canada as well as serving for 16 years doing mission work in Pakistan and Sri Lanka.  Our daughter Amy was ordained as an Officer last year and is currently pastoring and meeting the social needs of her community at The Salvation Army’s Crossroads Community Church in Edmonton.

For us, the Salvation Army and the work they do is near and dear to our hearts.  Many of you will be aware of their social programs, but some may not be aware that the Salvation Army is indeed a church. The Salvation Army began its work in London, England, in 1865 when William Booth, a minister, abandoned the conventional concept of a church and a pulpit and took his message of hope to the poor, the homeless, the hungry and the destitute.  It’s this balance between helping others and sharing the gospel while doing so that really resonates with us!

In fact it’s been the sole inspiration for CommuKNITy Cares and this Knit & Crochet-a-thon. We are excited that we can use our talents to both raise awareness and support for the work the Salvation Army does worldwide. Did you know that the Salvation Army provides counselling, shelter, care support and disaster relief throughout 400 communities in Canada, while being present and actively involved, 24/7, in 132 countries worldwide?  The Salvation Army’s work helps to support the people and infrastructure in all these communities. Each year, our territory of Canada and Bermuda runs a campaign called Partners in Mission to raise funds to support the work over seas in a select group of countries.  The money raised during the Partners in Mission/Self-Denial Appeal provides essential funding required for the ongoing ministry of the Army. This funding is necessary to keep the infrastructure in place so that communities can focus on specific needs and concerns, such as education, health, clean water, income generation or human-trafficking issues. The 2022 campaign is supporting the Army’s work in India, Zambia, Brazil, Burkino Faso and Congo (Brazzaville). Funds are raised through Self Denial offerings in our churches, a national campaign and smaller projects like the one we are doing here.  The territorial goal is to raise 2.3 million dollars this year.  CommuKNITy Cares is hoping to contribute $2000 to that goal!

The Knit & Crochet-a-thon will run from Feb 26- March 26th.  The basic idea is that we will be knitting and crocheting 9 inch squares to make into blankets.  Those involved with the project will be collecting pledges of either flat donations or $5 for every square they create during that month.  All donations over $20 are eligible to receive a tax receipt from the Salvation Army. All the funds raised will go directly to the Partners in Mission campaign and support the Army’s work overseas in the five selected countries. To add a local aspect to the project, all the squares will be made into blankets and donated locally here in the Shuswap.

Our goal is a lofty one! The New Hope Community church in Salmon Arm is a small corps and with me still being relatively new to the Shuswap area, our reach is limited. That’s where you, the CommuKNITy Cares community can help! I am hoping you will be able to support this project through either creating squares, collecting pledges or by simply through your donation.  Reach out to those in your circle and encourage them to support the project. If you would like to get involved contact me at commuknitycares@gmail.com or call New Hope Community Church at 250-832-9196. We can provide you with pledge sheets and have some donations of yarn and needles that our locals are welcome to use. If you are simply interested in donating, your cheque can be made out to The Salvation Army (note pledge for knit-a-thon on your cheque) and mail it directly to:

We are very excited about this project and can’t wait to see all your colourful squares! Follow CommuKNITy Cares on Facebook and Instagram for regular updates! Thank you in advance for your prayers and support. 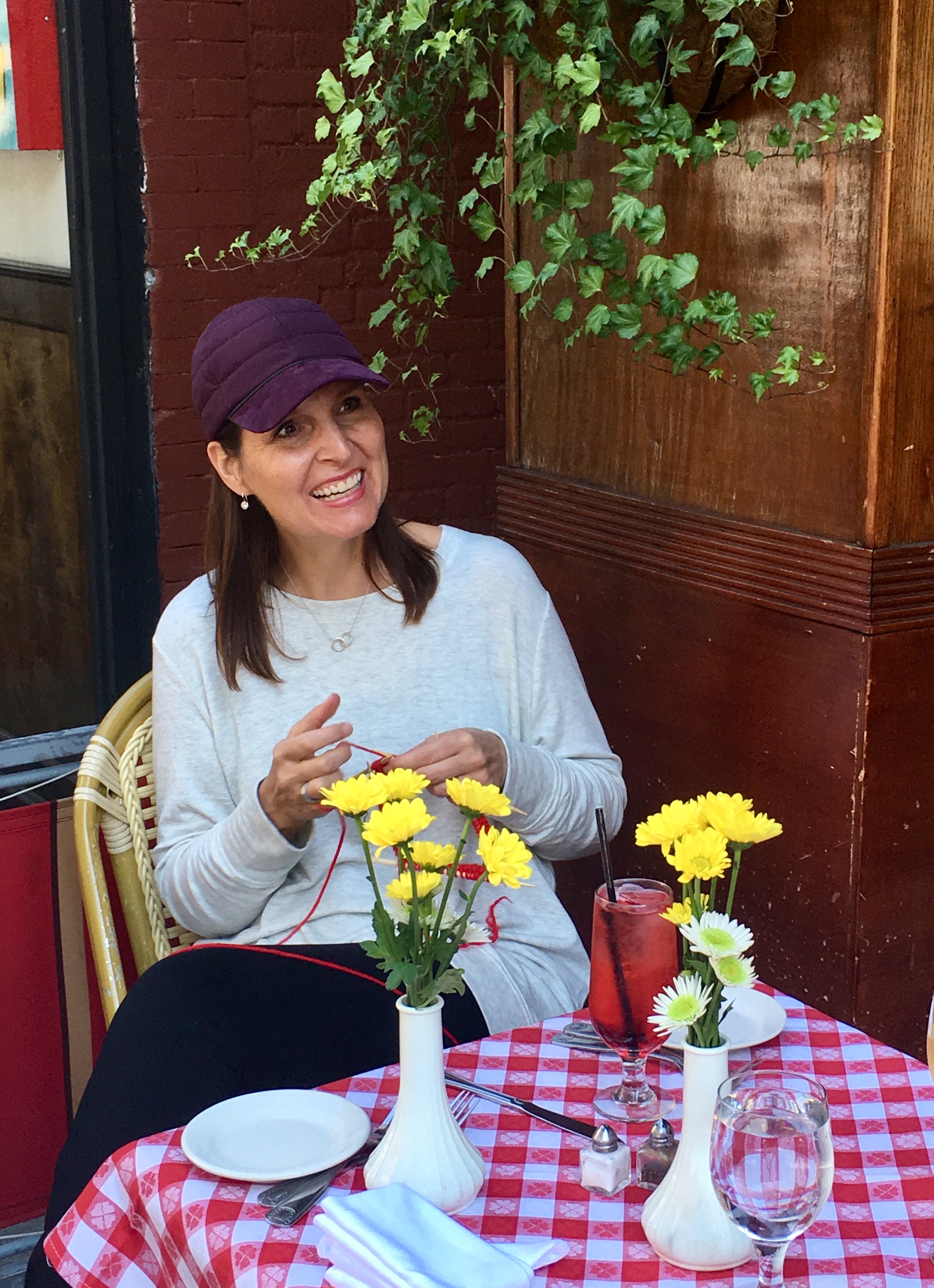